You’ve probably seen at least one polydactyl cat in your life, but we bet you you’ll learn something new today! Let’s discover why polydactyl cats fascinate humans – and maybe learn a few things about genetics along the way. Grab some coffee and let’s see what we can find out about polydactyl cats and why they fascinate us humans so much!

First things first, what on earth does “polydactyl” mean anyhow? From the Greek root words “polys” (meaning many) and “daktylos” (meaning finger), polydactyl can be inferred to indicate that the subject in question has a surplus of fingers, or toes as the case is for cats. Polydactylism, as the condition is called, is perhaps best known for occurrences in felines. It happens as a result of a congenital defect which causes more fingers or toes than expected. (There’s an opposite condition as well which is more rare, and that is known as oligodactyly.)

Is it dangerous? Not usually, in fact most polydactyl cats will lead very ordinary lives and their extra toes will not cause them much difficulty. Owners will want to make sure that they check up on the extra toes their polydactyl kitties have to prevent claws growing inward or other conditions that may develop, but as long as the cat is kept happy and healthy with the occasional vet visit and claw maintenance, polydactyl cats can live long and happy lives with their families. If anything else, the cats may be slightly clumsy, which is generally more endearing and cute than it sounds – it is pretty amusing to watch a cat pretend it hasn’t tripped over anything! In other creatures however it can be rather different; if a human presents with polydactylism, for example, the nature of the genes that cause the defect means that they will likely need to see several specialists and be screened for further genetic aberrations which may cause serious health effects.

How many extra toes will a polydactyl cat tend to have? That is an interesting question with a wide range of answers, because it depends on the exact nature of the congenital defect in question, and there seem to be almost as many of those as there are types of cats. The average cat, non-polydactyl, will have 18 toes as a rule, but polydactyl cats can have as many as 28 – the Guinness Book records this as the highest number of toes, a record shared between Canadian kitty Jake and American mouser Paws. The extra toes are generally present on the front paws, but again this is not a hard and fast rule, and some examples do exist of cats having extra digits on all four of their paws, as well as only presenting with polydactyly on their hind paws.

The superfluous digits may take a few different known forms, from well developed and fully formed toes all the way to what might appear to be a secondary paw in terms of growth. Polydactylism is easy to spot in kittens and short haired cats, although long haired cats such as the Maine Coon absolutely can and do turn up with superfluous toes as well (in fact, there are breeders today working to encourage the condition in Maine Coon cats and who hope to redo the breed standard to include it). In fact, there was once a time when Polydactylism was incredibly prevalent among the breed, with up to 40% of all Maine Coon specimens presenting with extra toes in some capacity. Currently the breed standard as set forth by Maine Coon experts specifies an exact number of toes per paw (front paws are allowed five, and back paws must have four) and also denotes that the paws be “large, round, well-tufted.” We hope the breeders working to bring the Maine Coon polydactyl paws back to the breed will make a go of it and that more people will fall in love with them!

What causes the various types of polydactyly that presents in cats? Genetically speaking, scientists have been able to isolate one of the many genes involved in the polydactyl mutation – and you won’t believe what they named it! The Sonic the Hedgehog gene (or SHH for short), which has to do with patterns of limbs that appear multiple times, like fingers and toes, has been identified as a key factor in polydactyly. In brief, the Sonic the Hedgehog gene is responsible for overseeing the making of the similar Sonic the Hedgehog protein, which is involved on a molecular level with growth and development. We’re not sure, but it sounds like there was a Sega Genesis in that particular science lab!

Will the extra toes be opposable? While some cats with this condition may look as though they’re able to open doors or cans of cat food on their own, the toes won’t have that sort of strength or dexterity. The appearance of having a “thumb” next to or aside their paw may be put down to the polydactyly occurring in a manner that scientists term “pre-axial,” which means that the mutation and extra digits present on the radial (or inner, as you look down at the limb) edge of the appendage. (This contrasts with post-axial, or ulnar polydactyly, which is the more common mutation style when it presents in humans, where the extra toes present on the ulnar or far edge of the limb.)

Of course, just as with any strange condition, before humans could explain it scientifically many theories and myths developed about these rare kitties. Sailors would often specifically try to find polydactyl cats to bring with them in advance of a long voyage at sea, as the cats were considered to be lucky – and at a minimum, any cat will be useful to an old style sailing ship and help keep vermin away from valuable and scarce fresh food storage. In fact, one of the most famous polydactyl cat lovers was one Ernest Hemingway, who amassed many many such cats at his home in Key West, FL, and his collection began when a sea captain gave him his first extra toed kitty. The cat, who we know to have had six toes on at least her front feet, was pure white and he accordingly called her Snow White – the current cadre of cats residing at his home today are thought to be her descendants, lovingly watched over by the humans who run the home as a museum. Indeed, the famous author became so strongly associated with polydactyl cats that some people call them “Hemingway cats”. It’s not a very scientific descriptor, but it is a cute tribute to someone who very clearly loved these unique creatures.

Hemingway’s cats are far from the only famous polydactyl cats around, though! If you knew and loved the famous Tumblr influencer kitty Lil Bub, you’ll likely remember that she was also a “thumb cat” – although she got famous for her hilarious and adorable face, there was still more to love about her! (RIP Lil Bub.) Another international superstar polydactyl kitty was owned briefly by the Prime Minister of New Zealand, Jacinda Ardern, who adopted her from the local SPCA in 2016. Sadly she too has passed on over the Rainbow Bridge, but in her short life she amassed quite the Twitter following – and in grand cat style, no matter how important the international phone call, if Paddles wanted attention, she was going to get it no matter what.

Should polydactyl cats have their appendages removed? Unfortunately, even though the condition is not dangerous to the health of the cat, some people will persist in having the extra toes removed – this is not necessary and should not be done. Unlike in humans, where the extra digits may cause issues socially or at the very least with finding a nice pair of gloves, polydactyl cats do not need to have their limbs corrected surgically. They will not experience any adverse effects from growing up with a few extra toes, and most if not all guardians of these sweet kitties find the spare toes to be charming and adorable.

If you’re lucky enough to be chosen by a polydactyl cat, cherish their love and make sure they get to live a long and unblemished life with you. Don’t worry about the extra toes, but keep the vet looped in and check up on them every once in a while, and you and your kitty will have a great life together, much like Hemingway and his multitude of cats! 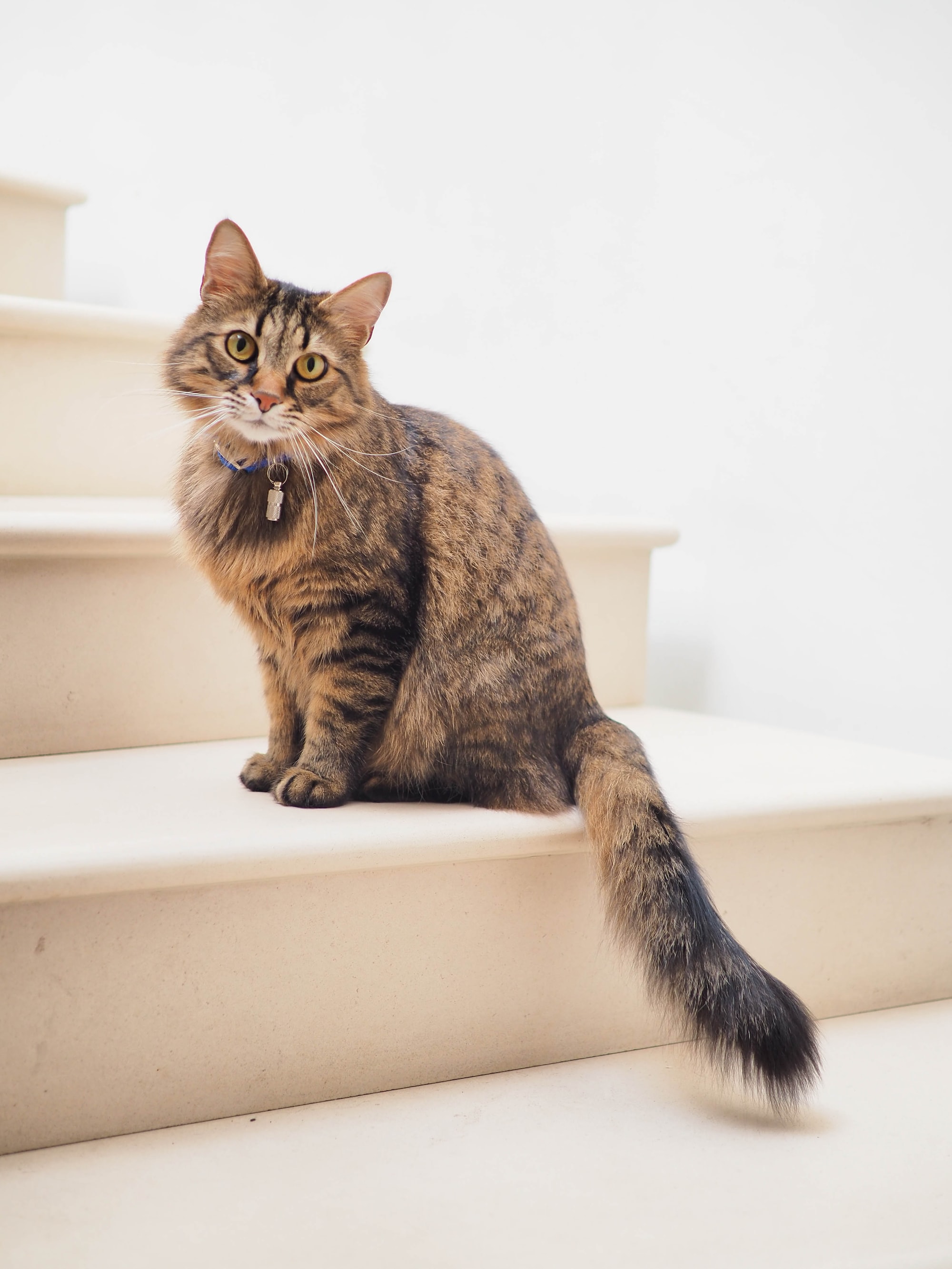