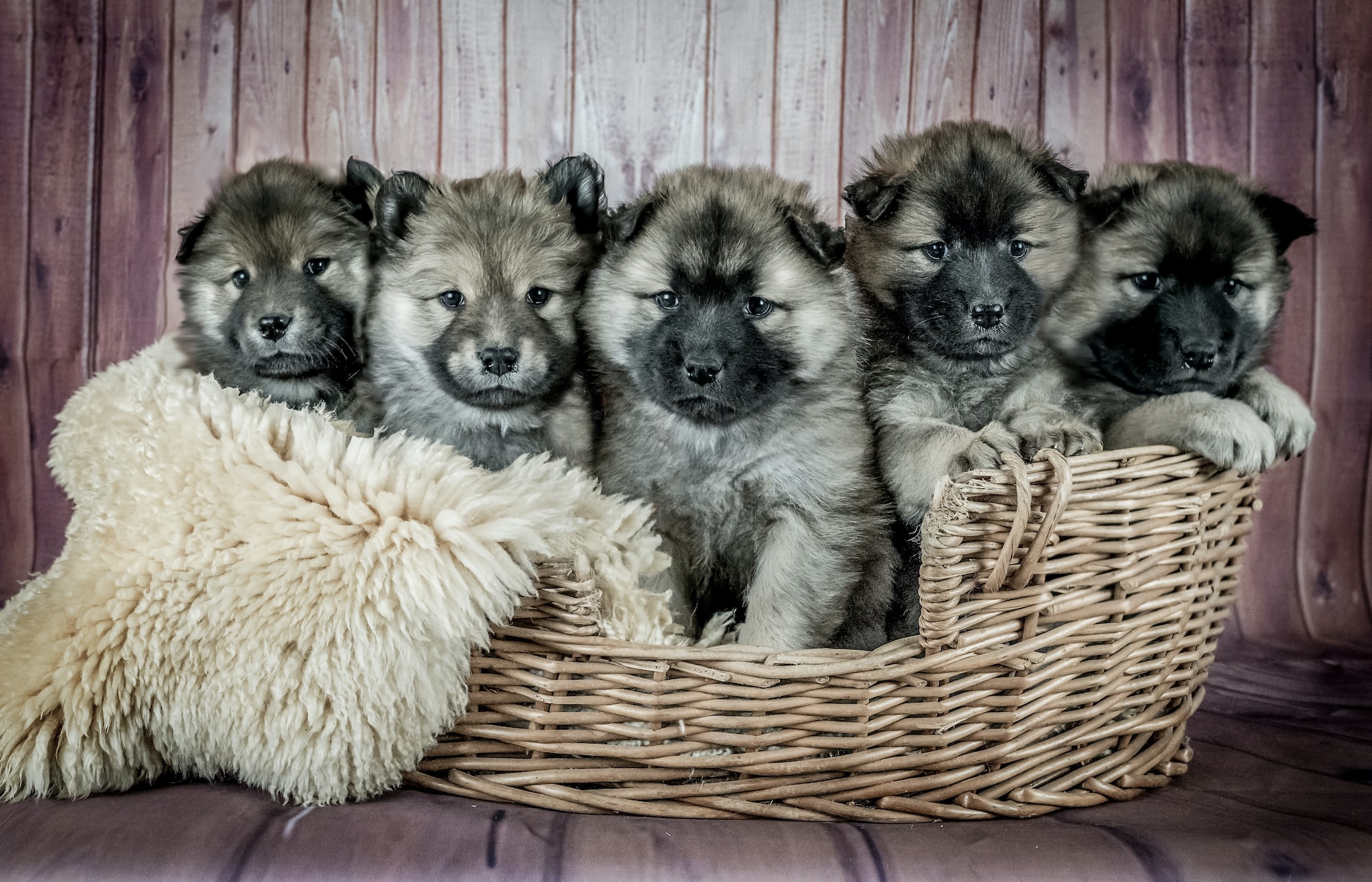 A Tail of Two Puppies. What You Should Know about Littermate Syndrome.

The Washington Post likened it to the mania that gripped the country in 1996 with Hasboro’s Tickle Me Elmo. Everyone wanted one, and they were becoming difficult to find. No one expected at the beginning of the Covid pandemic for there to be such a high surge in demand for puppies, but many shelters and breeders report waitlists going well into the new year.

In mid-March at the very start of the pandemic, there was a noticeable uptick in interest for new furry friends. However, as of July, become a full-on sales boom. Shelters, nonprofit rescues, private breeders, pet stores — all reported more consumer demand than there were dogs and puppies to fill it. My particular rescue organization reported as many as 20 applications for one puppy. Maybe we’re all a little lonely from being stuck working at home, maybe more time at home means some Americans are now available to care for a puppy, maybe the kids need something to do. Whatever the reason, Americans kept trying to fill voids with canine companions (and felines too!), but this poses some risks for owners.

As someone who worked in a shelter for many years, I think it’s fantastic that so many animals are getting a chance to find their forever homes. Opening your heart and home to a new puppy is a big decision that’s not be taken lightly. Many adopters research for hours on the best breeds and training programs and have their hearts full of good intentions.

However, if you’re looking into welcoming an adorable puppy or two into your home, there is something hidden under the surface that many new adopters and even shelters are unaware of: Littermate Syndrome.

Picture this, your local shelter or preferred breeder brings you into their puppy room. An orchestra of nips, licks, and unsteady paws ensues, and you’re in love. With all of them. You’ve already decided that you want to bring two lovely animals into your home, and the two darlings playing with each other are just perfect. They’re already friends, and everyone wants a sibling to play with, right?

What is Littermate Syndrome?

Littermate Syndrome may sound like some viral or infectious illness, but it’s a behavioral pattern that manifests in the critical stages of puppy development. In short, many dog behaviorists and trainers highly discourage adopting siblings because the pups would bond very closely with their siblings and not their owners. This attachment can be detrimental to your puppies’ mental health and even physical wellbeing.

The deep bond between two puppies of the same litter might seem acceptable, however, this bond impedes their ability to understand human-to-canine communication, leading to unhealthy coping mechanisms later in their adult life. The bond between a dog and its human family is paramount in having a happy dog, but when two puppies interact primarily with each other, they can become highly dependent on the other for comfort and a sense of normalcy.

For example, an email sent to BARK yields the following scenario; “We were planning to adopt one puppy, but the breeder said that raising two sisters would be easier. After we brought the girls home at nine weeks, their behavior became increasingly out of control. My husband and I could not get their attention for more than a second or two—it was as if we weren’t even in the same room. And then they started displaying alarming fearfulness of people and other dogs.”

This is a story that many shelters have heard before, and the consequences are heartbreaking. This behavioral pattern is important for new owners, and even experienced owners, to understand and take into consideration.

Some owners’ rationale for adopting two puppies is that the social interaction between the two could replace occasional trips to the dog park or puppy play dates with dogs of other litters. They have each other to exercise with, play with, and even sleep with. However, this is a disaster waiting to happen as it only strengthens the bond between the sibling and means the social skills of your pups will continue to remain underdeveloped.

Thinking that having two pups in your home would mean you can overlap your training sessions is also a dangerous mistake. The reality is that training two puppies simultaneously is more than double the work as the puppies with immeasurable amounts of energy have a permanent distraction: each other. There is almost nothing an owner can do to prevent them from playing, squabbling, and misbehaving. The owner can be squeezed out of the relationship altogether and left on an island wondering how to get through to their new family members.. Puppies and even adult dogs who have developed Littermate Syndrome are significantly more challenging to train since it’s harder to get their attention, harder to teach emotional control, and harder to establish boundaries.

One of the more frightening symptoms of Littermate Syndrome is inter-dog aggression. There are many discussions online about where the risk of aggression starts. Is a dog genetically predisposed? Are the early life experiences of a puppy more to blame for aggressive behavior? When it comes to Littermate Syndrome, some of the blame falls on young puppies not having proper guidance in establishing hierarchies amongst themselves. Inexperienced pups still have the wolfish instinct to delineate whos on top, especially among same-gendered pairs.

Some cases of Littermate Syndrome can become so severe that dog behaviorists and veterinarians would recommend one of the puppies being rehomed. The earlier the better, as many puppies, can still develop the necessary skills to lead healthy and social lives.

What if I already have two siblings?

Of course, Littermate Syndrome is not 100% likely to happen to your particular pair of puppies, and steps such as training and walking separately could block this behavior from manifesting. It is possible, though unlikely, that you can adopt two puppies from the same litter that will not exhibit symptoms of Littermate Syndrome. However, its risk may necessitate extra training and time on the owner’s end, which could be a deal-breaker for many owners with limited time and resources.

A little more work is expected of the owner with two young puppy siblings. But there are some things you can do to alleviate the early signs of detrimental attachment:

No, it just so happens that when people adopt two puppies they come from the same litter. Getting two puppies from different litters has a more favorable prognosis than blood relatives, but still, be wary of behavioral changes in your pups. Adopting puppies a few weeks or, best case scenario, six months apart will place them at different developmental stages. This way you can avoid a lot of the frustration that comes with Littermate Syndrome.

You might think two is better than one, that everyone deserves a friend, and that the cry of a lonely puppy is the saddest sound in all the world.  I would agree with you, and while all dogs need homes, it’s important to consider the kind of life they will have. Adopting two puppies might seem like a good idea, but the only benefit is a slightly less lonely first few months. The downsides to Littermate Syndrome far outweigh the benefits and they can persist well into adulthood and beyond.

Some owners with the time, energy, and skills may be able to avoid some of the catastrophic symptoms of Littermate Syndrome, but the consensus is that it’s not worth the risk. Adopting a single puppy allows you to focus on training and human-to-dog socialization during critical developmental stages.

Once the first puppy is old enough, preferably around six months of age, that’s when many dog behaviorists recommend bringing a second into your home. This sets the stage for your older dog, who is at an entirely different developmental stage, to become a teacher and role model for your new puppy.

Why Do Dogs Eat Grass? Mowing Through the Myths and Misinformation